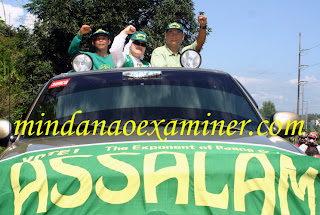 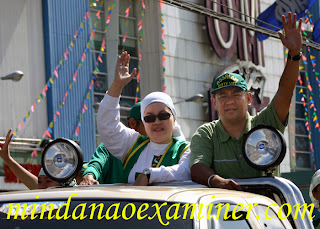 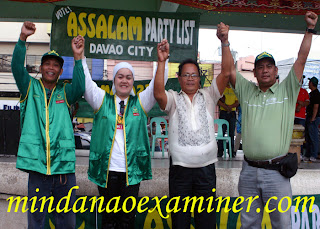 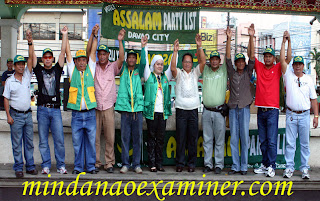 DAVAO CITY (Mindanao Examiner / 27 Mar) – Thousands of Muslims and Christian and indigenous people have pledged their support to the ASSALAM party list, which represents marginalized grassroots communities in Mindanao in the southern Philippines.

The group, which has membership across the Philippines, on Tuesday said it will continue to advocate peace, unity and development in the country, particularly in Mindanao.

“This has been our legacy since the ASSALAM Party is founded in 2002 by dynamic and young Mindanao youth leaders. The birth of ASSALAM party list marks a new beginning in Mindanao’s political history,” she said.

“The ASSALAM party list vision is to build bridges of friendship; understanding to espouse on the importance of peace and unity and love and not war. In war there is no victors, but only losers,” Mindalano told the Mindanao Examiner.

Mindalano said more and more people are now supporting ASSALAM party list and that a win for the group is a win of the people.

“Let us, instead, work hard for our basic needs to attain peace and progress; let’s work hard to address problems on education, infrastructures, poverty, land reform, agriculture and many other social problems which probably will include the rights of every woman against violence and discrimination.”

“With this vision, we will surely achieve victory; the victory of the people is the victory of Mindanao and ASSALAM. Let us restore genuine peace in Mindanao because a peace in this promise land means peace for the whole country,” she said.

Posted by The Mindanao Examiner Regional Newspaper at 2:17 PM