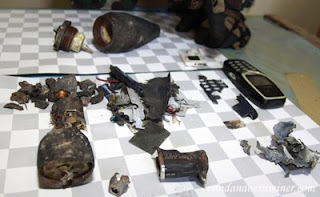 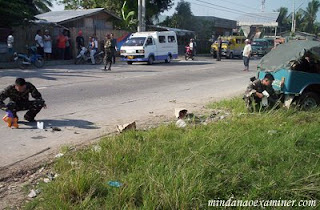 Officials said the bomb was left on a jeep parked along the highway in the village of Tamontaka. No one was reported injured or killed in the blast that occurred at around 7.15 a.m., said Lt. Col. Jonathan Ponce, a spokesman for the Army’s 6th Infantry Division.

Ponce said soldiers recovered fragments of 60mm mortar bomb and broken pieces of a cellular phone used to trigger detonation. “It was an IED (improvised explosive device) alright and it’s good that no one was hurt or killed in the attack,” he told the Mindanao Examiner.

Blair arrived in Manila on Sunday for a series of speaking engagements and also met with President Gloria Arroyo.