Poverty situation in the Philippines 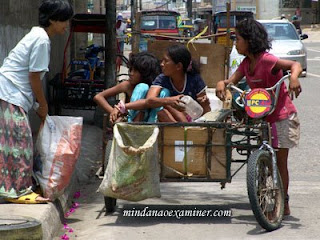 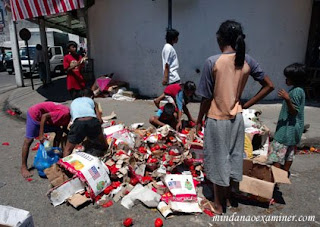 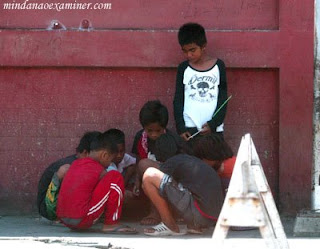 A family of scavengers search for plastic bottles and tin cans and the plight of street children remains the same the past years in Zamboanga City in the southern Philippines. The Second Quarter 2009 Social Weather Survey, fielded over June 19-22, 2009, found the proportion of families experiencing involuntary hunger at least once in the past three months rising to 20.3% or an estimated 3.7 million families, from 15.5% or an estimated 2.9 million families in the previous quarter.

Hunger has consistently been in double-digits for five years, since June 2004.

The SWS measure of Hunger refers to involuntary suffering because the respondents answer a survey question that specifies hunger due to lack of anything to eat. (Mindanao Examiner Photo)
Posted by The Mindanao Examiner Regional Newspaper at 9:42 PM