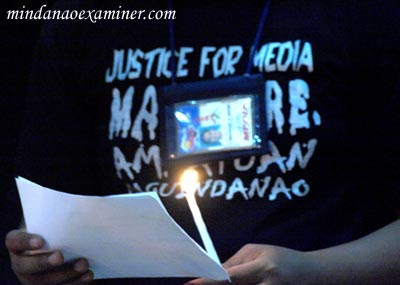 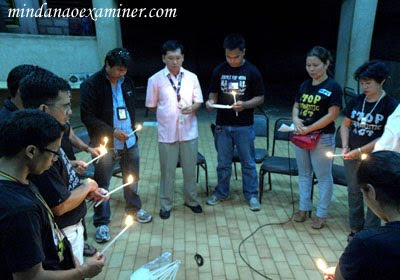 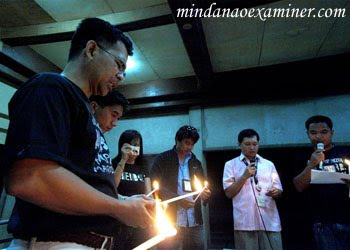 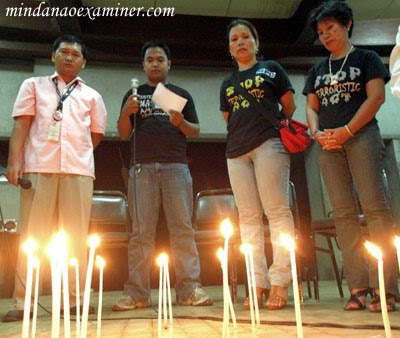 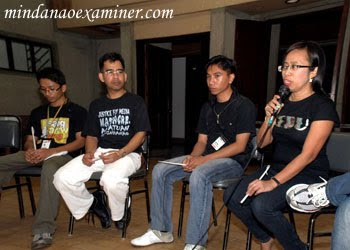 Journalists in Kidapawan City light candles and offer prayers Tuesday, march 23, 2010 for victims of the so-called Maguindanao massacre. At least 57 people were killed, among them 32 journalists, in the province on November 23, 2009. (Mindanao Examiner Photo – Geo Solmerano)

KIDAPAWAN CITY, Philippines (Mindanao Examiner / Mar. 24, 2010) – Filipino journalists pray as they commemorated the brutal slayings of at least 32 journalists who were among 57 people brutally murdered in the province of Maguindanao last year.

Members of the National Union of Journalists of the Philippines gathered Tuesday in Kidapawan City and offered prayers. Four months have passed since the gruesome killings, but the slow progress of the investigation is also putting a heavy toll on the families of the slain journalists.

The journalists were accompanying a political caravan of Buluan vice mayor Esmael Mangudadatu when some 100 gunmen allegedly led by rival Andal Ampatuan Jr, the mayor of Ampatuan town in Maguindanao, intercepted them and herded them to the hills and shot.

Ampatuan and two of his brothers and father and other clan members were eventually arrested and charged in connection to the mass murder. The Ampatuans denied all accusations against them. (Geo Solmerano)

Posted by The Mindanao Examiner Regional Newspaper at 3:19 PM