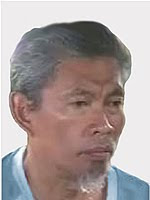 It said an undetermined number of militants were also killed and two soldiers wounded in the fighting Friday that led to the fall of the encampment in the hinterland village of Panglayahan in Patikul town.

“The camp, which was strategically located at the foot hill of the mountainous Sinumaan complex, was heavily defended by about fifty Abu Sayyaf fighters. They, however, retreated after a fierce firefight resulting to numerous casualties on the terrorist while two Marines were wounded,” said Brigadier General Rustico Guerrero, commander of military forces in Sulu province.

The fighting was part of the military operation to capture senior militant leader Radullan Sahiron, a former commander of the Moro National Liberation Front which signed a peace deal with Manila in 1996.

It was unclear whether Sahiron was in the camp during the fighting or if he had escaped the offensive. But one of Sahiron’s aide was killed in the fighting and that his body was recovered at the weekend.

Sahiron is one of top Abu Sayyaf leaders wanted by the United States for terrorism.

Washington also offered as much as $1 million reward for the capture of Sahiron, who was one of those behind the kidnappings of 21 mostly Western holidaymakers in Malaysia’s resort island of Sipadan in 2001 and three US citizens, including 17 Filipinos kidnapped from the Dos Palmas resort in Palawan province in the Philippines. (Mindanao Examiner)
Posted by The Mindanao Examiner Regional Newspaper at 5:14 PM