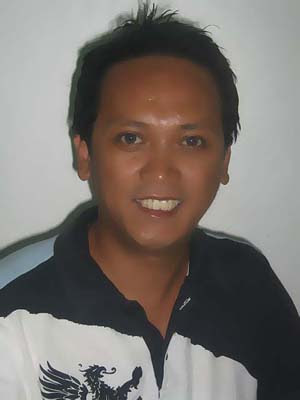 ZAMBOANGA CITY, Philippines - “DEJA”, an original composition written by Roland Villanueva Jnr and performed by ZERO Band, is making waves in both radio and television via the first ever Musical Short Film rendition being shown over Sky Cable’s Community Channel 28's Sonata Presentation.

Any eyes isn’t trained on this kind of music presentation might be in the process of being redirected to this sudden peculiarity of musical drama about two individuals who are on the verge of breaking up a relationship, hence, the title – Deja - a Chavano word which means “leave”.

The musical short film Deja is written by Cheng Ordonez, a mainstream journalist who also writes scripts for infomercial and documentary production for Sky Cable, and also currently involved in tourism events.

Edwin Bernardo, operations manager of Sky Cable, who is also the production manager of Deja, said he is fully supporting Villanueva, also director of photography of the said musical short film, on his digital filmography ventures. “In fact, a short movie is on the drawing board and we intend to produce it this year,” Bernardo said.

Role performers of Deja are Maria Jid Morfe and Camilo Tan, both new-comers in the film industry and are without any experience and proper training in acting.

Deja is shot and filmed most at Lantaka Hotel and at Marba residence in Tumaga village in Zamboanga City.

Villanueva looks at establishing digital filmmaking, whether short of full-length, as a new industry in Zamboanga.

“Deja is our opening salvo to digital filming here. It kicks off to establish the digital filmmaking industry in Zamboanga City, where there are many talents but don’t have the opportunity to express their talents. So, they resort to going to other places and, in fact, excel in the field they have chosen. This happens because there is no avenue where to exhibit their talents and their works here in Zamboanga,” Villanueva said.

“Sky Cable offers the venue to exhibit their work, and so, we encourage local talents and filmmakers out there to do their own musical or indie films for exhibit over Sky Cable’s Channel 28,” he added.

Filipino Cable Corporation under the Lopez Group of Companies is not just into cable television. From cable television, it transformed into telephony, then data processing and the broadband Internet; and now Sky Voice, a new system of communication mostly used for calls abroad. The Zamboanga system ventures into digital filming.

“Truly, it's Sky’s world moving ahead, and we just ride, venerate, and play ‘digital’ tag in what we do now,” the young and promising film director who trained and became a member of the Philippine Motion Pictures Directors Association headed by Director William Mayo, and under the Film Academy of the Philippines.

"Catch Deja, an inspiring musical short video that will soon become locals’ own instant cottage industry; and with Villanueva and Sky Cable on the lead, Deja sets the trend for original music and the vision to feature local guys without experience in the industry; so long they are persistent and work hard under the tutelage of Director Charlie Villanueva’s twelve o'clock, or, at least, eleven o’clock shadow," a statement from the cable television firm said.
Posted by The Mindanao Examiner Regional Newspaper at 11:00 AM