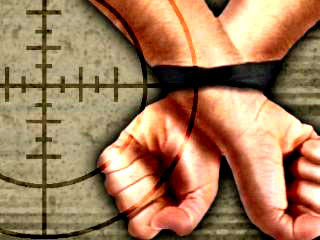 Police said the Oliver Lim, 32, was abducted on a highway by armed men who blocked his vehicle and forced him to another car.

The motive of the abduction is still unknown, but police said ransom could be one of them.

No individual or group claimed responsibility for the latest abduction. Kidnapping in Dipolog is not common and the city is one of the safest in western . ( Examiner)

Posted by The Mindanao Examiner Regional Newspaper at 6:52 PM