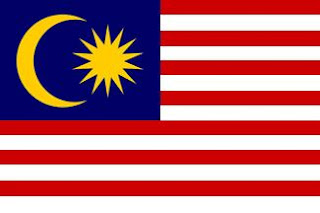 ZAMBOANGA CITY (Mindanao Examiner / Nov. 4, 2011) – Malaysia’s High Court rejected a plea by a man who claimed to be the Sultan of Sulu who was sentenced to jail for 8 months for burning flags and illegal assembly in the oil-rich state of Sabah, which is being claimed by the Philippines.
Datu Abdul Rajak Datu Abdul Aliuddin pleaded guilty on both charges and was originally sentenced to 5 years in prison, but appealed to the court and won, and was eventually to serve 8 months and fined 10,000 ringgits, a report by Malaysia’s Daily Express said.
It said Judicial Commissioner Datuk Douglas Primus rejected Aliuddin’s latest appeal and upheld his sentence for both crimes that occurred on April 4, 2009.
Aliuddin led a protest with 11 others in Sabah’s Tawau town after the Malaysian government refused to recognize him as the 6th Sultan of Sulu. The report said they burned Sabah flags during the protest.
It was not immediately whether Aliuddin is a Filipino citizen or not, but many Muslims in the Philippine provinces of Sulu and Tawi-Tawi have made similar claims, while some used it to collect money from followers and others had been jailed for fraud and extortion activities.
The Sultanate of Sulu and North Borneo lays claim to Sabah.
The Sultanate of Sulu was a Muslim state that ruled over much of the islands off the Sulu Sea. It stretches from a part of the island of Mindanao in the east, to North Borneo, now known as Sabah, in the west and south, and to Palawan, in the north.
The Sultanate of Sulu was founded in 1457 and is believed to exist as a sovereign nation for at least 442 years. It obtained Sabah from Brunei as a gift for helping put down a rebellion on the Borneo Island. The British leased Sabah and transferred control over the territory to Malaysia after the end of World War II.
Even after Borneo became part of Malaysia, Kuala Lumpur still pays an annual rent of 5,000 ringgit to the heirs of the recognized Sultan of Sulu Ismail Kiram. (Mindanao Examiner)
Posted by The Mindanao Examiner Regional Newspaper at 3:39 PM