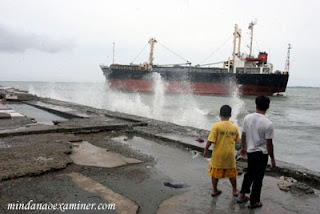 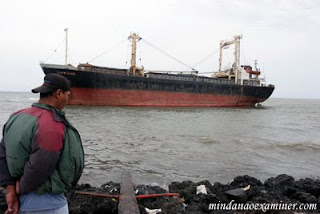 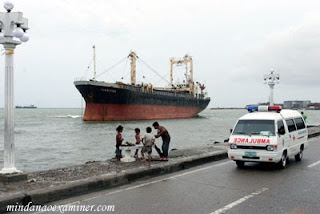 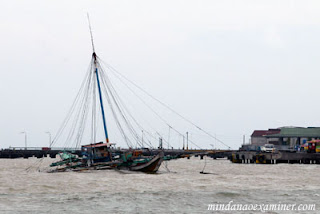 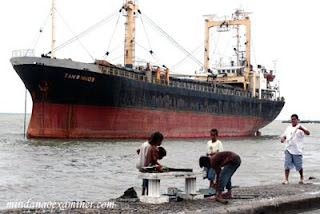 The Philippine Coast Guard said the ship, M/V Tan Binho5, was supposed to sail to the town of Malangas in Zamboanga del Sur province to load manganese before heading to China.

“The ship ran aground because of the big waves and strong winds. We have no reports of injuries. The cargo ship was supposed to sail to Malangas to load manganese and then head to China,” said Coast Guard PO1 Liberty Servo.

In Manila, streets were also flooded and television news pictures showed many people stranded in some areas in the cities of Malabon and Navotas. (Mindanao Examiner)
Posted by The Mindanao Examiner Regional Newspaper at 3:02 PM